Economy of Entertainment: A Webinar Series 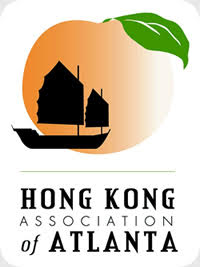 This session will focus on trends in the film and gaming industries.

Michael is a Intellectual Property (IP) and Entertainment lawyer, a U.S. Patent Attorney, and a U.K. Solicitor (England and Wales). Michael counsels clients on all aspects of IP including procuring protections, managing transfers, agreements, and litigation.

Marcus Howard is the CEO of MetArena, which helps brands of all sizes use family-friendly esports to virtually engage their entire communities. He’s also the President of the Tampa Association of Gaming, a non-profit dedicated to growing the gaming/esports industry and STEAM youth programs in the Tampa Bay region.

Vincent Leoni is a partner with Miller Kaplan in Los Angeles and is the partner in charge of the firm’s Licensing & Royalties / Contract Compliance practice. He has more than 30 years of experience providing entertainment consulting, royalty/contract compliance, and profit participation examinations. Vincent performs these services on behalf of licensors, owners of intellectual property, film studios, production companies, recording artists, music publishers, profit participants, and software developers.

Jonas Barnes is a 20 year veteran of the feature film and television industry who got his start working for Neal Moritz at Original Film developing franchises. He is known for studio level feature film development, packaging, and sales on films like SWAT, Fast and Furious, and Babysitter Wanted. Barnes recently launched Dragon Shark, a film and TV development and financing company, focused on family content. The company is based in Fayetteville, GA at Trilith Studios.

#2: Anatomy of a Contract

We will discuss the type of contracts in the industry and typical terminology, such as importance of an LOI/Term Sheet, dispute resolution, defining ownership of IP, and more!

Discussion of audit processes and procedures, war stories, and remedies.

For questions about these events: